A firetruck drives along state Highway 168 last month while battling the Creek Fire in the Shaver Lake community of Fresno County, Calif. 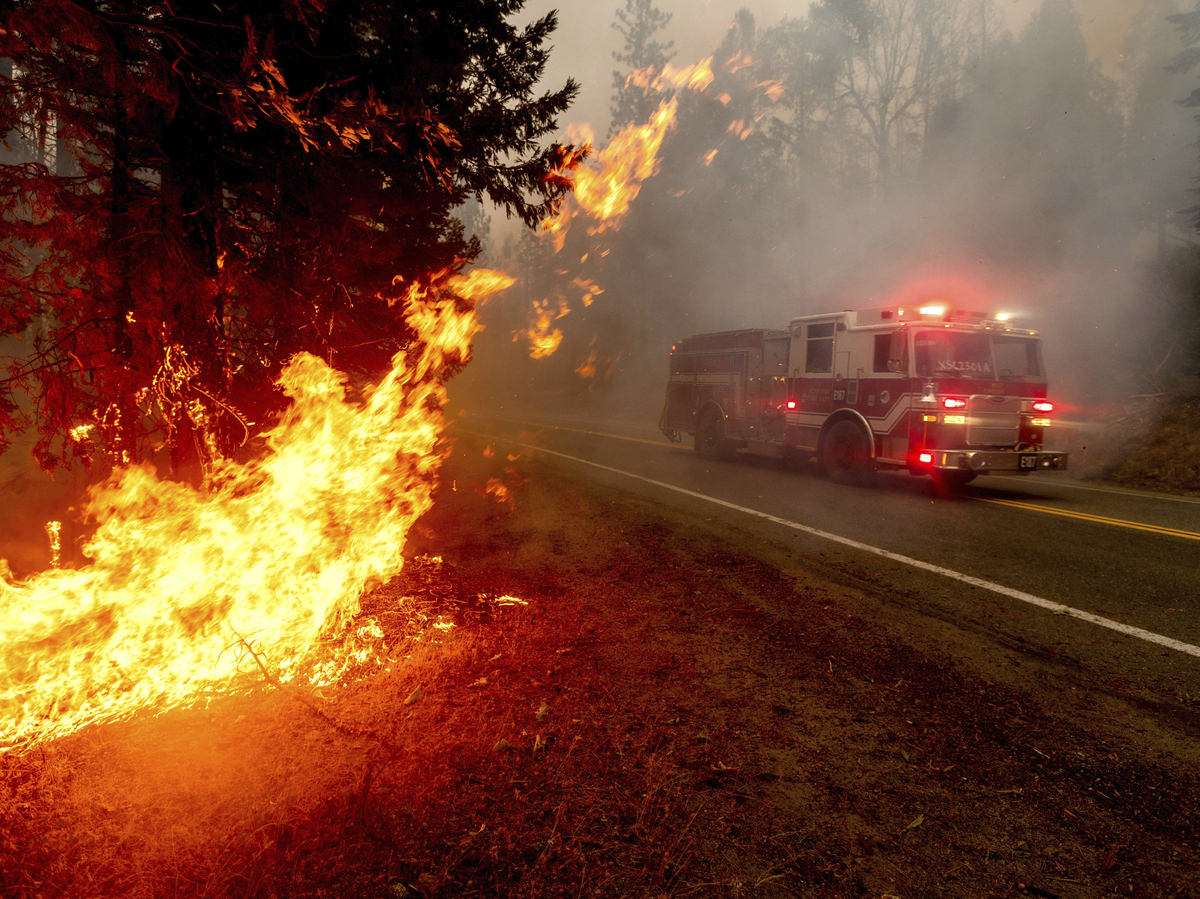 A firetruck drives along state Highway 168 last month while battling the Creek Fire in the Shaver Lake community of Fresno County, Calif.

The White House has rejected a California request for federal disaster relief to help it recover from wildfires that have burned through nearly 3,000 square miles in the state, killing at least three people and destroying nearly 1,000 homes.

In a statement from the Federal Emergency Management Agency, press secretary Lizzie Litzow said that damage assessments conducted by the agency had determined the fires last month «were not of such severity and magnitude to exceed the combined capabilities of the state, affected local governments, voluntary agencies and other responding federal agencies.»

California asked for federal assistance in recovering from fires that have ravaged nearly 2 million acres – the Creek Fire in Fresno and Madera counties, the Valley Fire in San Diego County, San Bernardino County’s El Dorado Fire, the Slater Fire in Siskiyou County, the Oak Fire in Mendocino County and the Bobcat Fire in Los Angeles County.

The rejection, which comes after FEMA granted other fire-related relief to California in August, raises questions about the administration’s motive, given President Trump’s frequent public sparring with California officials over the wildfires.

At an August rally in Pennsylvania, for instance, Trump seemed to telegraph that he might reject California’s requests for wildfire aid: «Maybe we’re just going to have to make them pay for it because they don’t listen to us.»

In a letter to the president requesting the latest aid, Newsom estimated $346 million would be needed for the fires, with $200 million to be earmarked for the Creek Fire.

FEMA has previously turned down requests from other states on a similar rationale as the one provided to California — including an application in June from Texas for $190 million in aid for tornado damage dating from last year. Requests from Minnesota and South Dakota have also been rejected, according to the San Francisco Chronicle.

The frequency and intensity of wildfires in California have been attributed in part to climate change – something Trump has repeatedly downplayed or denied. The president, during a visit last month to the state, was pressed by California Secretary for Natural Resources Wade Crowfoot about the role of climate change in the fires, the most intense in the state’s history. Trump replied: «I don’t think science knows» what is happening.

During the visit, the president also repeated a claim that California’s wildfires are caused by poor forest management: «When trees fall down after a short period of time, they become very dry — really like a matchstick,» he said. «And they can explode. Also leaves. When you have dried leaves on the ground, it’s just fuel for the fires.»

Some 60% of California’s forested lands — or 33 million acres — are publicly owned, according to the U.S. Department of Agriculture.

In a statement provided to NPR, White House spokesman Judd Deere noted that the president had previously «quickly approved relief» for the state, including money this week that authorized «an increase in the level of Federal funding to 100% for debris removal and emergency protective measures undertaken as a result of the wildfires, beginning August 14, 2020, and continuing.»

«The more recent and separate California submission was not supported by the relevant data that States must provide for approval and the President concurred with the FEMA Administrator’s recommendation,» Deere said.