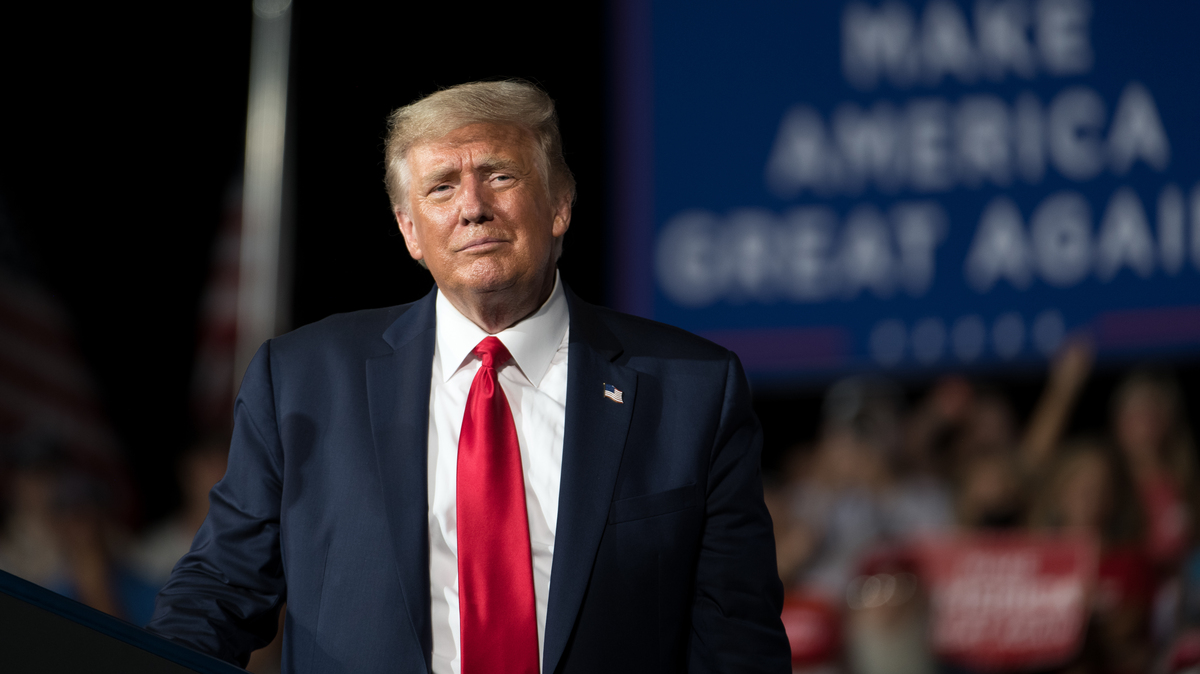 President Trump acknowledged the deadliness of the coronavirus in early February and admitted in March to playing down the virus’ severity, according to recorded interviews included in a new book by legendary reporter Bob Woodward.

«This is deadly stuff,» the president told Woodward in a Feb. 7 conversation, according to the book, which is called Rage.

The coronavirus has been blamed for nearly 190,000 deaths in America.

«You just breathe the air and that’s how it’s passed,» Trump said in the Feb. 7 conversation. «And so that’s a very tricky one. That’s a very delicate one. It’s also more deadly than even your strenuous flu.»

The next month, Trump admitted to playing down the virus’ severity.

«I wanted to always play it down,» Trump told Woodward on March 19. «I still like playing it down, because I don’t want to create a panic.»

CNN and The Washington Post first published excerpts of Woodward’s book on Wednesday. NPR has confirmed the passages in the book.

Asked about the revelations on Wednesday, White House press secretary Kayleigh McEnany said Trump did not mislead Americans about the risk posed by the coronavirus early during the pandemic.

«The president has never lied to the American public,» McEnany said, telling reporters that Trump was working to «express confidence and calm.» «He makes clear that he doesn’t want to see chaos,» she said.

Last month, Trump tweeted that the «Bob Woodward book will be a FAKE.»

One study has estimated that if the United States had implemented social distancing measures just a week earlier in March, some 36,000 lives could have been saved.