Tropical Cyclone Gati, which made landfall in Somalia on Sunday, is the region’s strongest cyclone ever recorded. 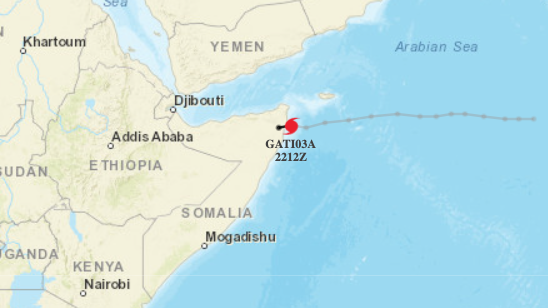 Tropical Cyclone Gati, which made landfall in Somalia on Sunday, is the region’s strongest cyclone ever recorded.

The strongest tropical cyclone ever measured in the northern Indian Ocean has made landfall in eastern Africa, where it is poised to drop two years’ worth of rain in the next two days.

Tropical Cyclone Gati made landfall in Somalia on Sunday with sustained winds of around 105 mph. It’s the first recorded instance of a hurricane-strength system hitting the country. At one point before landfall, Gati’s winds were measured at 115 mph.

«Gati is the strongest tropical cyclone that has been recorded in this region of the globe; further south than any category 3-equivalent cyclone in the North Indian Ocean,» said Sam Lillo, a researcher with the National Oceanic and Atmospheric Administration’s Physical Sciences Laboratory.

Its intensification from about 40 mph to 115 mph was «the largest 12-hour increase on record for a tropical cyclone in the Indian Ocean,» Lillo added.

One reason Gati intensified so quickly is because the size of the cyclone itself is quite small, Lillo said. The warm water in the area coupled with low wind shear also contributed to the rapid strengthening, Accuweather reported.

And those storms are leading to a lot more rain. Northern Somalia usually gets about 4 inches of rain per year; data from the National Oceanic and Atmospheric Administration show Gati could bring 8 inches over the next two days — «two years worth of rainfall in just two days,» Holthaus said. Some isolated areas could see even more than that.

#Cyclone #GATI about to landfall in #Somalia right now. A very powerful cyclone…

The true intensity of this storm is unknown with official sources quoting vastly different strength.

The structure of this storm suggests equivalent cat 2 or cat 3 hurricane. pic.twitter.com/dU3VhecNL0

A United Nations alert warned the storm posed an immediate threat to the marine shipping lane that links Somalia and the Gulf states.

Gati is much more intense than the previous strongest storm to hit Somalia — a 2018 cyclone that brought winds of 60 mph.