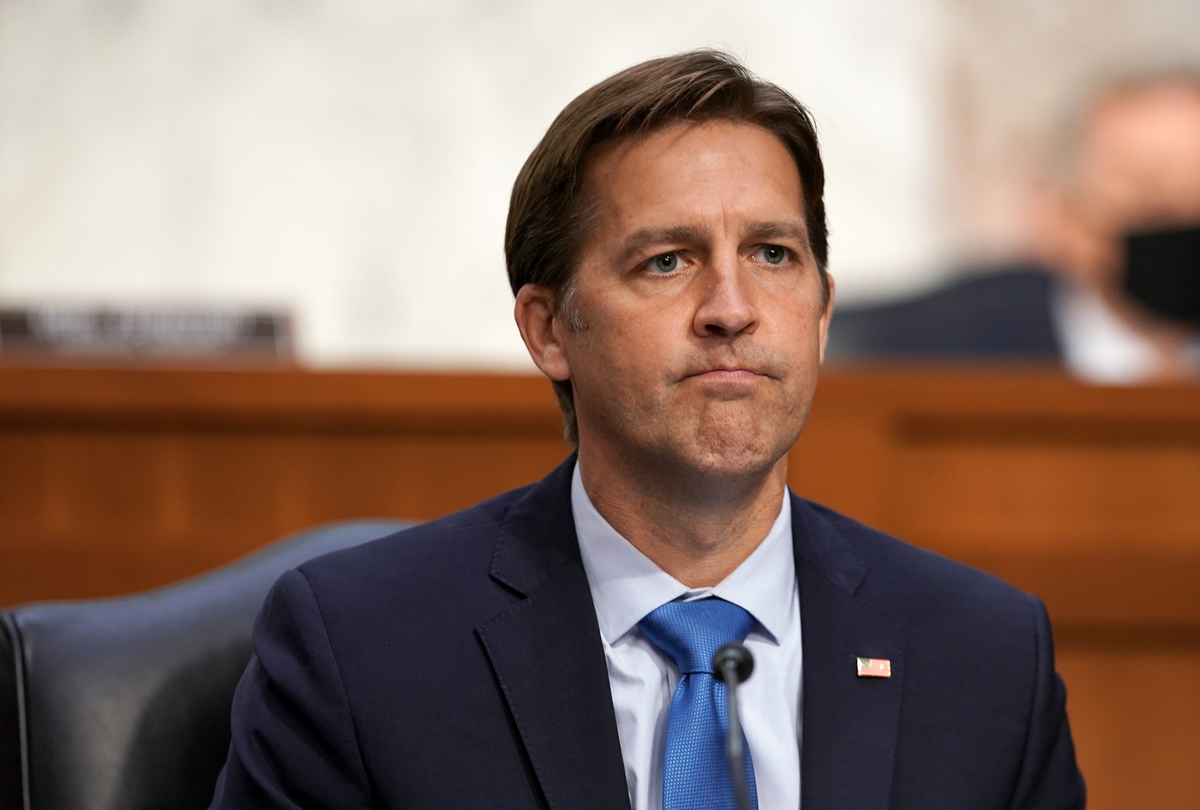 Republican Sen. Ben Sasse of Nebraska excoriated President Trump in a telephone town hall with constituents on Wednesday, saying the president badly mishandled the coronavirus pandemic, mistreats women, and cozies up to dictators.

«I’m not at all apologetic for having fought for my values against his in places where I think his are deficient, not just for a Republican but for an American,» Sasse said.

«The way he kisses dictators’ butts, I mean, the way he ignores that the Uighurs are in literal concentration camps in Xinjiang right now. He hasn’t lifted a finger on behalf of the Hong-Kongers,» Sasse said in audio obtained and published by the Washington Examiner.

James Wegmann, Sasse’s communications director, tweeted that the call came from one of the senator’s «regular telephone town halls with Nebraska voters» and underscored the importance of the Senate races.

Statement from me, correcting the Examiner’s claim of a “private” call. This was one of Senator @BenSasse’s regular telephone town halls with Nebraska voters. pic.twitter.com/fIVtVgqkPA

Sasse’s tirade against Trump came as a response to a constituent asking why he’s criticized the president so much.

Calling it a «fair question,» Sasse began his answer rather evenly, saying he’s worked hard to «develop a good working relationship with the president over the last three and a half years» and that he often prays for Trump and Vice President Pence.

He then spent the next full eight minutes offering up the harshest rebuke of the president by a sitting senator in Trump’s own party.

Sasse said Trump not only «fails to lead our allies» but that the United States «now regularly sells out our allies under [Trump’s] leadership.»

He listed in rapid-fire succession: «The way he treats women and spends like a drunken sailor, the ways that I criticized President Obama for that kind of spending, I’ve criticized President Trump for as well. He mocks Evangelicals behind closed doors. His family has treated the presidency like a business opportunity. He’s flirted with white supremacists.»

Sasse then shifted to what he characterized as Trump’s failure in leadership with the coronavirus pandemic, which has claimed the lives of more than 215,000 Americans, saying Trump treated it like a «PR crisis rather than a multi-year public health challenge.»

«I don’t think the way he’s led through COVID has been reasonable or responsible or right,» he said.

Sasse called it his «duty» to «level with Nebraskans,» while admitting he understands that some of his constituents are «Trumpier» than himself.

Sasse, who is up for reelection this year, conceded he gives Trump credit for certain things, like appointing conservative judges, but emphasized that his unease with Trump isn’t just policy-based, but existential.

«It’s also a…political question about whether or not he’s ultimately driving the country further to the left because that’s what I think is ultimately going to happen because of Donald Trump,» Sasse explained.

He called the Republican Party entwining itself with the «Trumpian brand» imprudent, and said that his fear is that Trump will bring down the Republican-controlled Senate in November.

«I’m now looking at the possibility of a Republican bloodbath in the Senate, and that’s why I’ve never been on the Trump train. It’s why I didn’t agree to serve on his reelection committee and that’s why I’m not campaigning for him because I spend all my time thinking about the one political question that’s most central next month, which is holding the U.S. Senate.»