U.S. troops read Stars and Stripes newspaper in Cu Chi, South Vietnam in 1969. The Pentagon plans to shut down the paper, aimed at U.S. military personnel, at the end of this month. 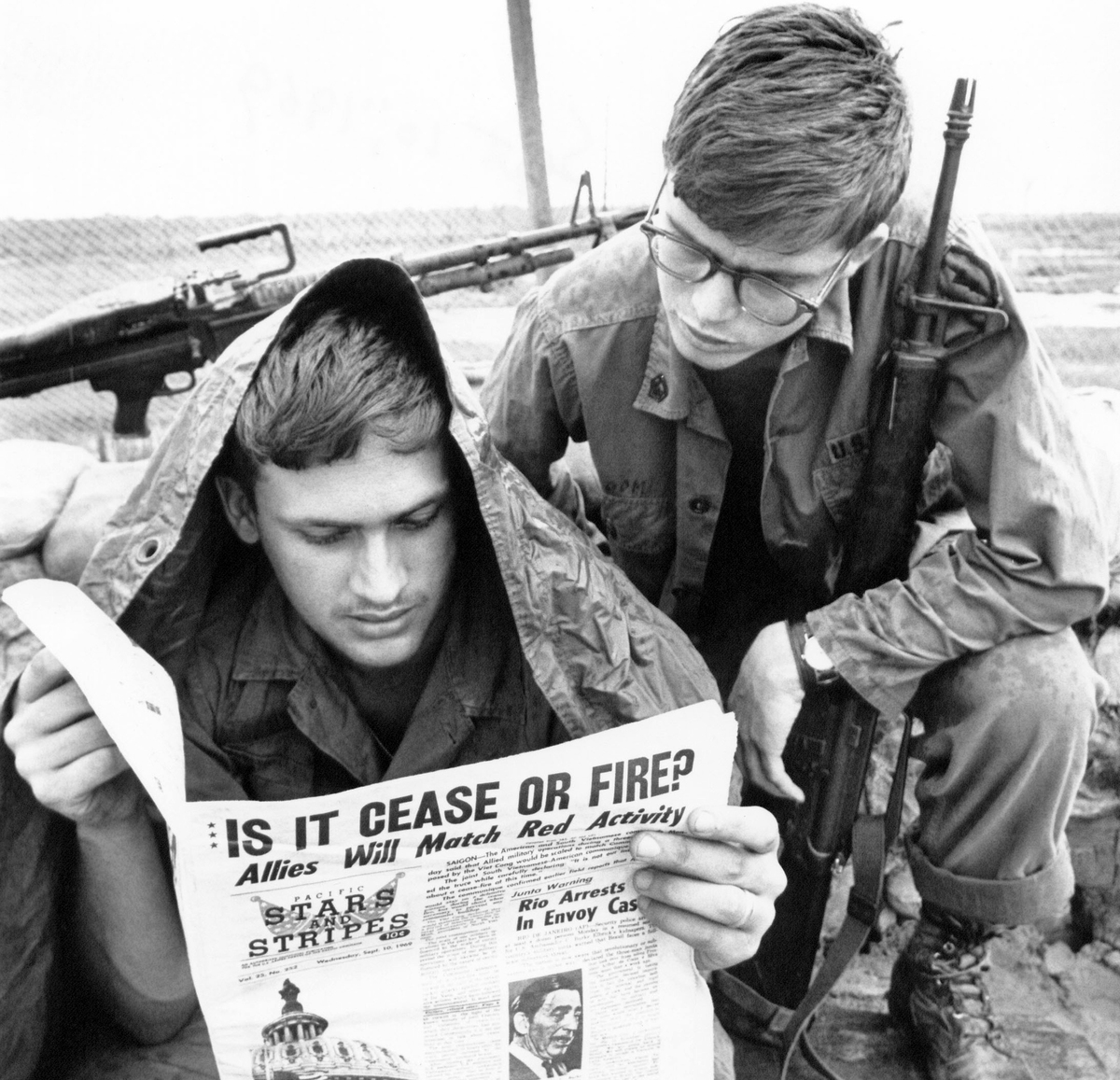 U.S. troops read Stars and Stripes newspaper in Cu Chi, South Vietnam in 1969. The Pentagon plans to shut down the paper, aimed at U.S. military personnel, at the end of this month.

The Pentagon has ordered the closure of the military newspaper, Stars and Stripes, despite its popularity among many military members and bipartisan congressional efforts to provide continued funding.

A memo signed by U.S. Army Col. Paul Haverstick said the newspaper would be shut down by Sept. 30, the last day of the government’s 2020 fiscal year. The memo gave no reason for closing the publication other than saying funding was not in next year’s budget request.

The office of Defense Secretary Mark Esper «decided to discontinue the publication of States and Stripes as a result of the defense-wide review as outlined in the president’s budget request for fiscal year 2021,» the memo said.

However, the Pentagon memo may not be the final word on the matter.

The Pentagon’s 2021 budget, which was more than $700 billion this year, has not been finalized by Congress. The House plans calls for continued funding of the newspaper, while the Senate version does not. Those plans will have to be reconciled, and then signed by President Trump.

Stars and Stripes, which is directed at members of the military, was first published for a brief time during the Civil War in 1861 and then again during World War I and its immediate aftermath, in 1918-19. It resumed operations during World War II and has been published continuously since then.

While the Defense Department funds the paper, Stars and Stripes has editorial independence and often publishes stories less than flattering for the military.

The top story on the website Friday was headlined, «More than 3,000 VA patients have now died from the coronavirus.»

Since early this year, the Pentagon was sending signals that it might scale back or shut down the newspaper. The Pentagon said previously that it would cut $15.5 million from its budget.

This prompted Democrats and Republicans to call for continued funding.

Sen. Lindsey Graham, R-S.C., wrote to Esper last month, saying, «as a veteran who has served overseas, I know the value that the Stars and Stripes brings to its readers.»

Ernie Gates, the ombudsman for Stars and Stripes, told the AP that closing the paper «would be fatal interference and permanent censorship of a unique First Amendment organization that has served U.S. troops reliably for generations.»

Since becoming defense secretary, Esper has spoken to the press infrequently. Esper’s uncle, George Esper, was a long-time AP correspondent best known for covering the Vietnam War from its early years to the very end of the fighting in 1975.