Dozens of evacuees are evacuated to safety on a Cal Guard Chinook on Saturday, after the Creek Fire in central California left them stranded. More than 200 people were airlifted to safety after the fast-moving wildfire trapped them in a popular camping area in Sierra National Forest. 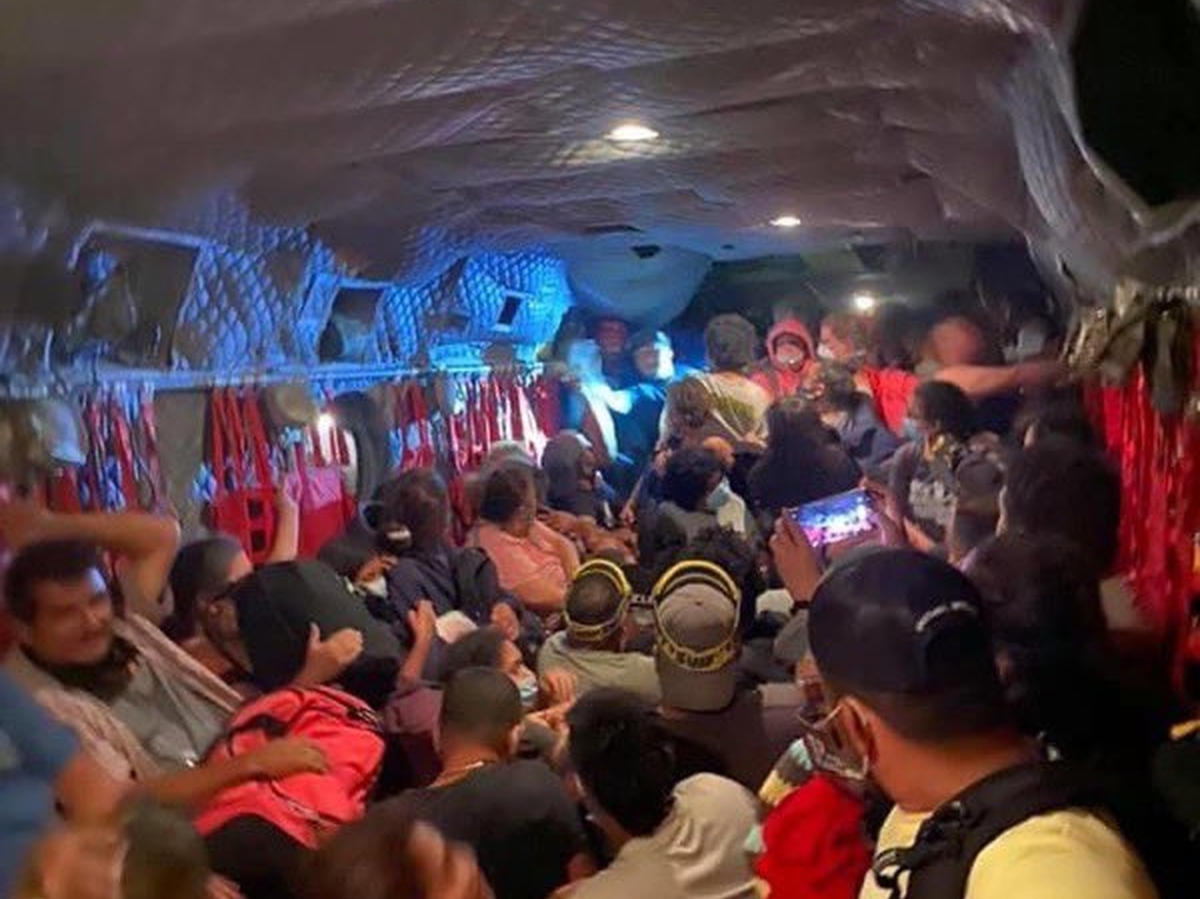 Dozens of evacuees are evacuated to safety on a Cal Guard Chinook on Saturday, after the Creek Fire in central California left them stranded. More than 200 people were airlifted to safety after the fast-moving wildfire trapped them in a popular camping area in Sierra National Forest.

Firefighters in central California are searching for people stranded by a fast-moving fire that has already burned an estimated 45,000 acres. The Creek Fire started Friday evening and, fueled by timber and dry vegetation, quickly jumped the San Joaquin River and blocked evacuation routes.

More than 200 people were rescued overnight, as military helicopters plucked the stranded from the Mammoth Pool Reservoir in Sierra National Forest, where they were asked to shelter in place after fire blocked the one road leading out of the area. Most of those rescued had minor or no injuries, but several were transported to local hospitals and at least two were «severely» injured, Fresno Fire said early Sunday.

«We do believe that there are still other people out in the wilderness, and when daylight breaks we will be continuing those rescue operations to go out and try to find them, and get them to safety as well,» Madera County Sheriff Tyson Pogue told CNN on Sunday.

A backpacking trip cut short by unforeseen thunder, ash rain, and having to drive through literal fire to evacuate #SierraNationalForest in time. Grateful to the SNF ranger who led us down… wish we we got her name. #CreekFire @mercnews @sfchronicle @ABC7 @KTVU pic.twitter.com/37Ys7XGJ2a

Most of those rescued were flown to the Fresno Yosemite International Airport, where emergency responders had set up a triage center to prioritize treatment, the Fresno Bee reported. At least six burn victims were admitted to the Fresno Community Regional Medical Center, according to the Fresno Bee.

Authorities are still investigating the cause of the fire, which is located near the San Joaquin River and the communities of Big Creek and Huntington Lake. Fire crews face steep rugged terrain and high temperatures, which makes extinguishing the fire difficult, Sierra National Forest authorities said.

As of Sunday the fire was zero percent contained, according to Cal Fire, as giant plumes of smoke up to 50,000 feet tall were visible from the air. Several areas in Madera County were under mandatory evacuation orders.

View of wildfires from Sentinel Dome in Yosemite at ~8,100 feet. It was about 3pm. #creekfire #wildfires #YosemiteNationalPark pic.twitter.com/ZixKy8JXpf

Social media showed videos of people escaping the flames. Smoke from the fire spread throughout the region, filling nearby Yosemite National Park and coloring the sky an eerie orange.

The Creek Fire is just the latest blaze faced by the state in a devastating fire season. More than 7,000 wildfires had already burned over 1.4 million acres by the end of August, Gov. Gavin Newsom said last month, many sparked by lightning strikes.