Hall of Fame pitcher Tom Seaver, pictured in July, was the galvanizing leader of the ‘Miracle Mets’ 1969 championship team. 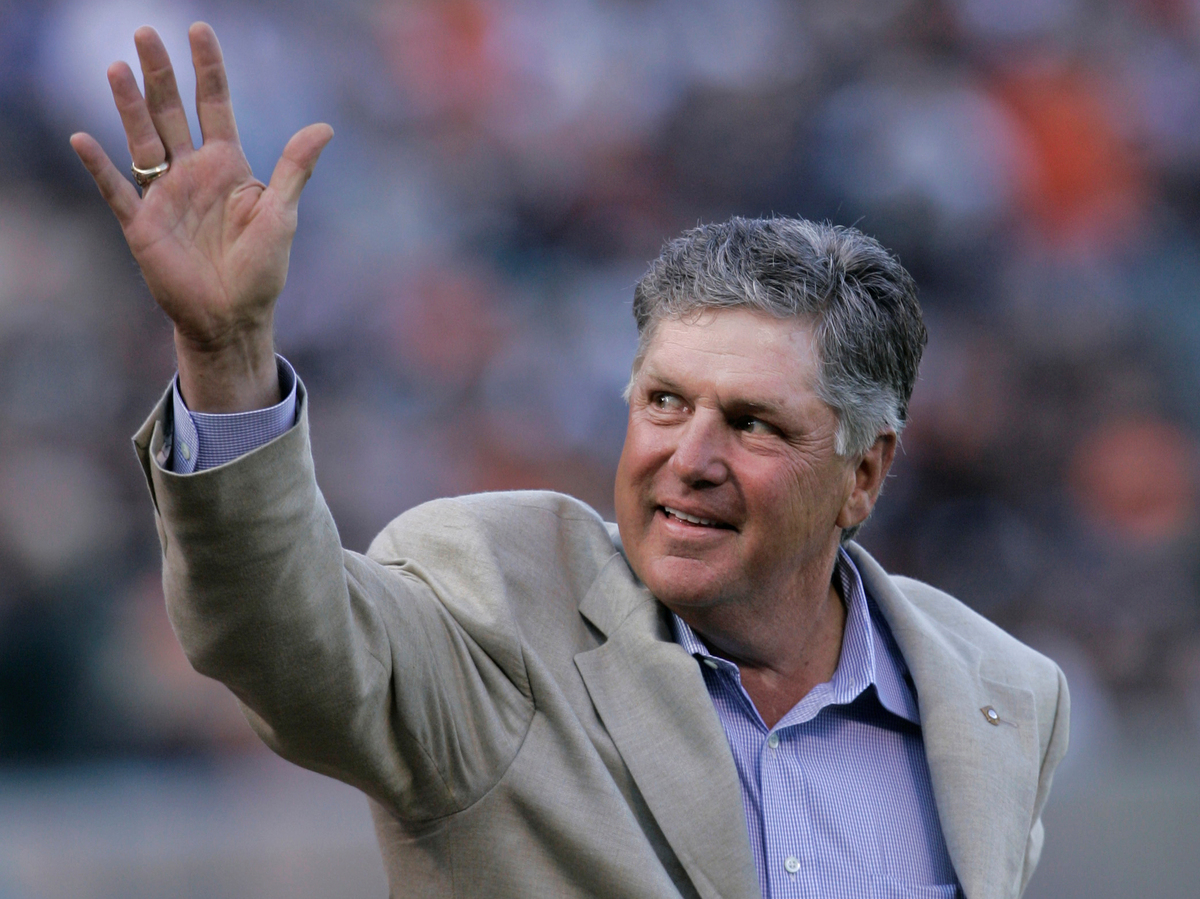 Hall of Fame pitcher Tom Seaver, pictured in July, was the galvanizing leader of the ‘Miracle Mets’ 1969 championship team.

Hall of Fame pitcher Tom Seaver died from complications of Lewy body dementia and COVID-19 on Monday, the Baseball Hall of Fame and MLB announced.

Official statement from the #Mets on the passing of Tom Seaver. #RIP41 pic.twitter.com/tWTxQWlk1o

Seaver was one of baseball’s greatest all-time pitchers. Known as ‘Tom Terrific’ and ‘The Franchise,’ the right-hander started his MLB career with the New York Mets, the result of a special draft lottery.

That year he earned the 1967 Rookie of the Year Award and two years later led the transformation of the struggling team.

As the Hall noted, Seaver helped turn the team from lovable losers into the ‘Miracle Mets’ leading the squad to its first World Championship in 1969.

In a statement Wednesday MLB Commissioner Ron Manfred called him «one of the greatest pitchers of all time.»

«After their improbable World Series Championship, Tom became a household name to baseball fans – a responsibility he carried out with distinction throughout his life,» Manfred said.

Throughout his career, which spanned two decades, No. 41 was a 12-time All Star and his lifetime statistics show why; He won 311 games over 20 seasons, striking out more than 3,600 batters including 19 in a game against the San Diego Padres (and setting a record for striking out the final 10 batters of the game). He also won the Cy Young Award three times as the league’s best pitcher.

In addition to the Mets, he also played for the Cincinnati Reds, Chicago White Sox and the Boston Red Sox in a career that spanned from 1967-1986.

White Sox Chairman Jerry Reinsdorf called Seaver «a consummate professional» and «an artist on the mound.»

Seaver was elected to the Baseball Hall of Fame in 1992, and set a record for that too: he was on 98.8% of the ballots—the highest voting percentage ever received at the time.

Jane Forbes Clark, Chairman of the National Baseball Hall of Fame and Museum said his «life exemplified greatness in the game.»

«Tom brought dignity and wisdom to this institution that will be deeply missed,» she said.