A homeless man walks downtown in East Liverpool, Ohio. Efforts to register homeless voters in the state have relied on churches and shelters volunteering to receive mail-in ballots for people with no permanent address. 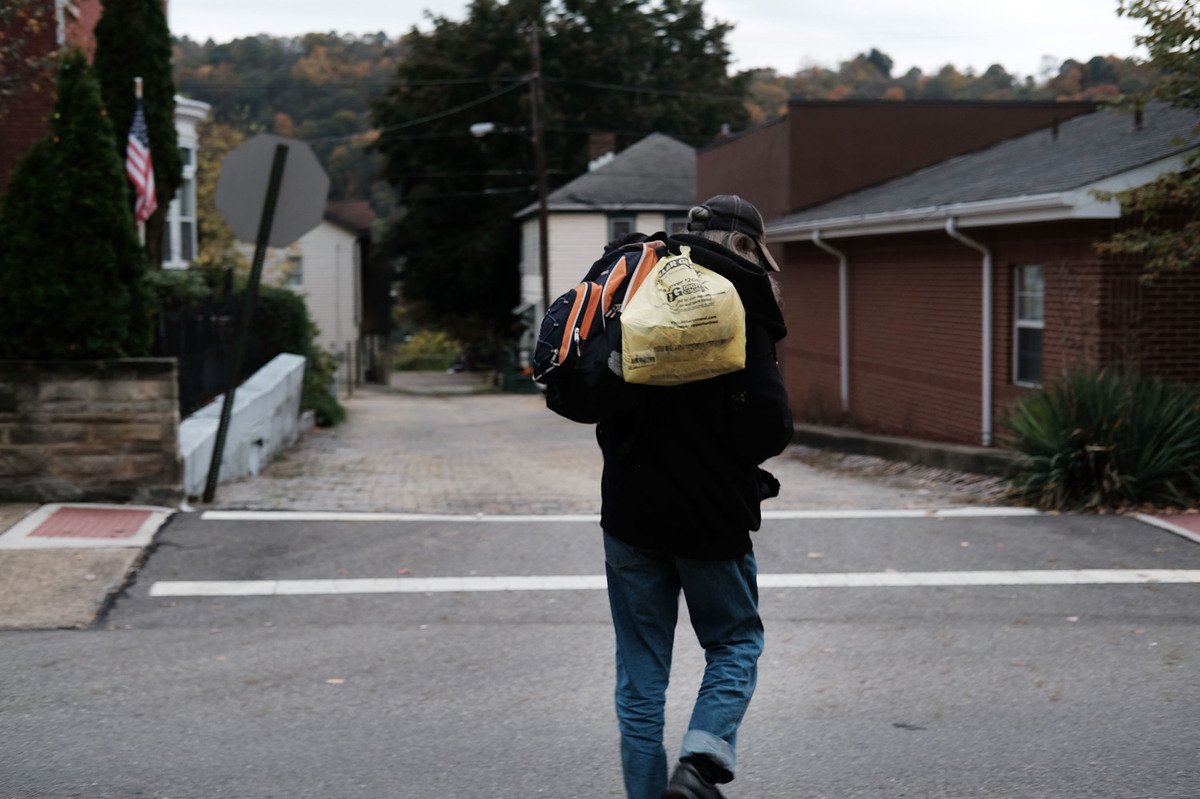 A homeless man walks downtown in East Liverpool, Ohio. Efforts to register homeless voters in the state have relied on churches and shelters volunteering to receive mail-in ballots for people with no permanent address.

After about a year of living in the streets of Cleveland, James Harrison checked into a hotel this summer which is part of a city program to protect high-risk homeless people during the pandemic.

So when when volunteers held a voter registration drive at the motel, Harrison decided to fill out a form and register.

«My vote counts, you know what I’m saying?» Harrison said. «I ain’t ever voted. This will be my first time to vote.»

In this year’s election, many people are getting ballots mailed to them at home. But not having an address can be an insurmountable barrier for homeless voters like Harrison.

Voting While Homeless During The Pandemic

He has had issues with his health for years and is recovering from surgery. So he can’t make it to a polling station, nor can he write well enough to fill out a mail-in ballot. He says he’s not the only one at his motel in that situation.

«You’ve got quite a few people in here that’s handicapped, like myself, and it’s going to be difficult for us,» Harrison said in a phone interview.

Harrison is one of around 150 people in Cleveland who will now be able to vote thanks to registration drives here aimed at making sure the democratic process is accessible to everyone, regardless of housing status.

The Northeast Ohio Coalition for the Homeless is coordinating an effort to let homeless people use the addresses of local shelters and churches to register and receive ballots.

«In order to even get a ballot to send by mail, people need to send in that ballot application» which they receive by mail, Martin said. «We’ve tried to streamline the process.»

Voting by mail is a better option for many people experiencing homelessness because it allows them to circumvent requirements for government documents or the need to find transportation to a polling place, says Karen Leith with League of Women Voters of Hudson in Ohio. The organization is working with about 35 local nonprofits and county agencies to register people experiencing homelessness. Those efforts required educating both the volunteers and the community on the options available, she says.

Many states, including Ohio, require government identification for in-person voting, Leith says, and not all homeless people have something that qualifies. Leith says voter guides distributed by her organization recommend using the last four digits of a Social Security number as identification.

In Ohio, there have been legal battles over placement of drop boxes and the circumstances under which poll workers can collect ballots.

And Martin says even after ballots are filled out, organizations like hers cannot collect or deliver them to a drop box or polling place because that could be considered ballot harvesting.

What her volunteers can do is arrange transportation for homeless voters. The coalition is also supplying donated postage.

Harrison is touched by those efforts. He says he feels gun violence in Cleveland has gotten so bad and healthcare so hard to obtain he wants to have some kind of influence with the people who make the policies.

«Now, I feel like, is the time for me to go in and voice my opinion,» Harrison says. «But I do need a little help.»