Former FBI Agent Ali Soufan, shown here in New York in 2018, interrogated many al-Qaida suspects after the Sept. 11, 2001 attacks. Soufan’s 2011 book on that topic, The Black Banners, included many redactions. A new version was released this week without the redactions.

Books
Behind The War On Terror’s Dark Curtain

«Let’s look at the truth and let’s expose those people who lied for a long period of time to the American public about waterboarding and the efficacy of torture,» Soufan said.

Back in 2011, the FBI approved Soufan’s book manuscript with only minor changes. But the CIA then intervened and insisted that he redact large parts related to the agency’s harsh interrogations.

The CIA has now dropped its objections and Soufan is telling a more detailed story in the new version.

Consider the case of Abu Zubaydah, who was captured in Pakistan six months after the Sept. 11 attacks. He was the first «high-value detainee» taken into custody after 9/11.

He was badly injured in a shootout when he was seized, and was flown to a U.S. «black site» in another country that has never been publicly identified.

Despite his condition, Abu Zubaydah cooperated with Soufan, an Arabic speaker who was born in Lebanon. Over the course of several days, the detainee provided a critical piece of information by accident.

As Abu Zubaydah spoke, Soufan and an FBI colleague showed him photos of terrorist suspects on a hand-held device to determine if they were all referring to the same people.

Inadvertently, the FBI agents opened a photo of Khalid Sheikh Mohammed, who wasn’t well known to the Americans.

«A lot of people in the agency, who were part of that failed program, were misleading the American public about the effectiveness of torture,» said Soufan.

He said many CIA officers in the field opposed the harsh methods, while senior figures at agency headquarters were more likely to support them.

The CIA declined to comment for this story. The agency has previously acknowledged what it calls «mistakes» and «shortcomings» in its interrogation program. But it also said that «enhanced interrogation techniques did produce valuable and unique intelligence that helped thwart attack plans, capture terrorists and save lives.»

Ex-FBI agent Ali Soufan testifies on Capitol Hill in 2009 from behind a black curtain and a room divider in to protect his identity. Soufan has long argued that he was able to obtain more intelligence from suspects by building rapport than the CIA was by using waterboarding and other harsh methods. 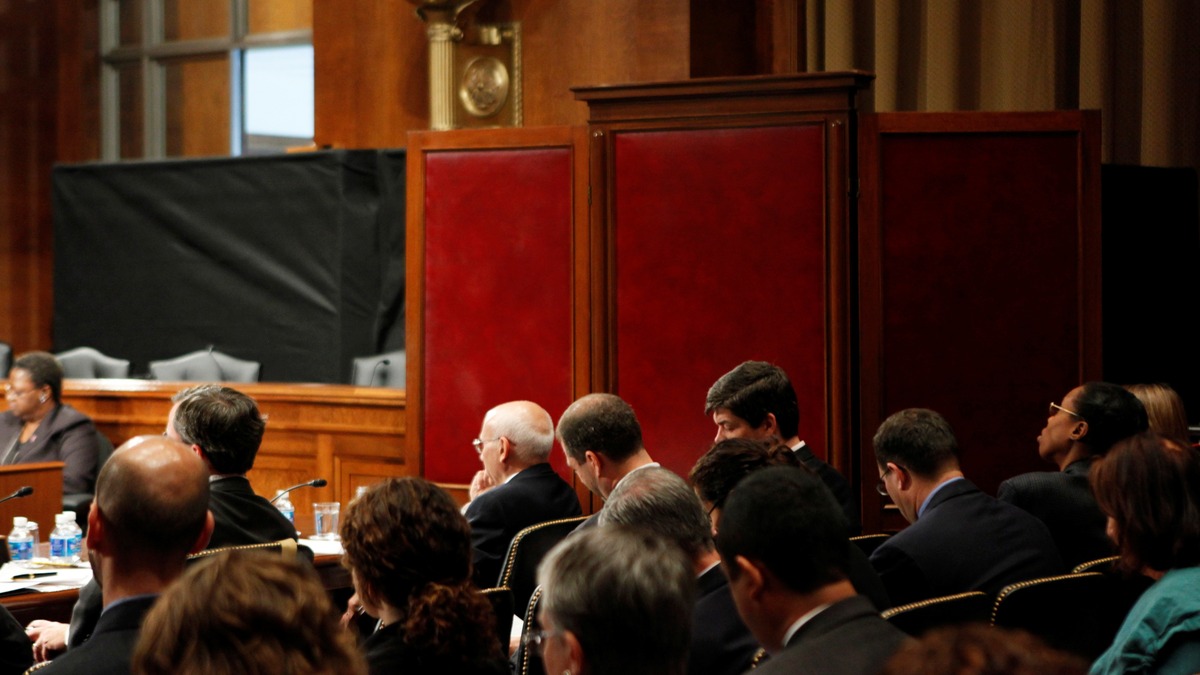 Ex-FBI agent Ali Soufan testifies on Capitol Hill in 2009 from behind a black curtain and a room divider in to protect his identity. Soufan has long argued that he was able to obtain more intelligence from suspects by building rapport than the CIA was by using waterboarding and other harsh methods.

The CIA said it halted the program in 2007. President Obama formally shut it down immediately after taking office in 2009. Those moves were further bolstered by a 2015 anti-torture law, sponsored by the late Sen. John McCain, who was tortured as a prisoner of war in Vietnam.

«I know from personal experience, that the abuse of prisoners will produce more bad, than good intelligence,» McCain said in 2014.

Nearly two decades after the 9/11 attacks, Soufan says there’s still unfinished business. Like the legal fate of the 40 detainees still at the U.S. prison in Guantanamo Bay, Cuba. Many are still awaiting trial, and lawyers are arguing about whether statements made during interrogations will be allowed in court.

«Guantanamo is just a manifestation of the failure of the torture program,» Soufan said. «You have mass murderers down there who admitted to killing more than 3,000 Americans, and we cannot prosecute them. They are just sitting there.»

Al-Qaida and ISIS have both been weakened. But Soufan says they remain a threat. And there’s one additional danger he’s monitoring — the al-Qaida threat against Ali Soufan.

U.S. officials informed Soufan in May that the terrorist group was plotting to attack him.

His company, the Soufan Group, launched its own investigation and found online threats against Soufan.

«We started to see a major misinformation and intimidation campaign. We were able to connect it to Saudi Arabia,» he said.

The case is still under investigation.