Belarusian opposition politician Maria Kolesnikova attends a rally in Minsk on Sunday to protest the disputed results of the August 9 presidential election. 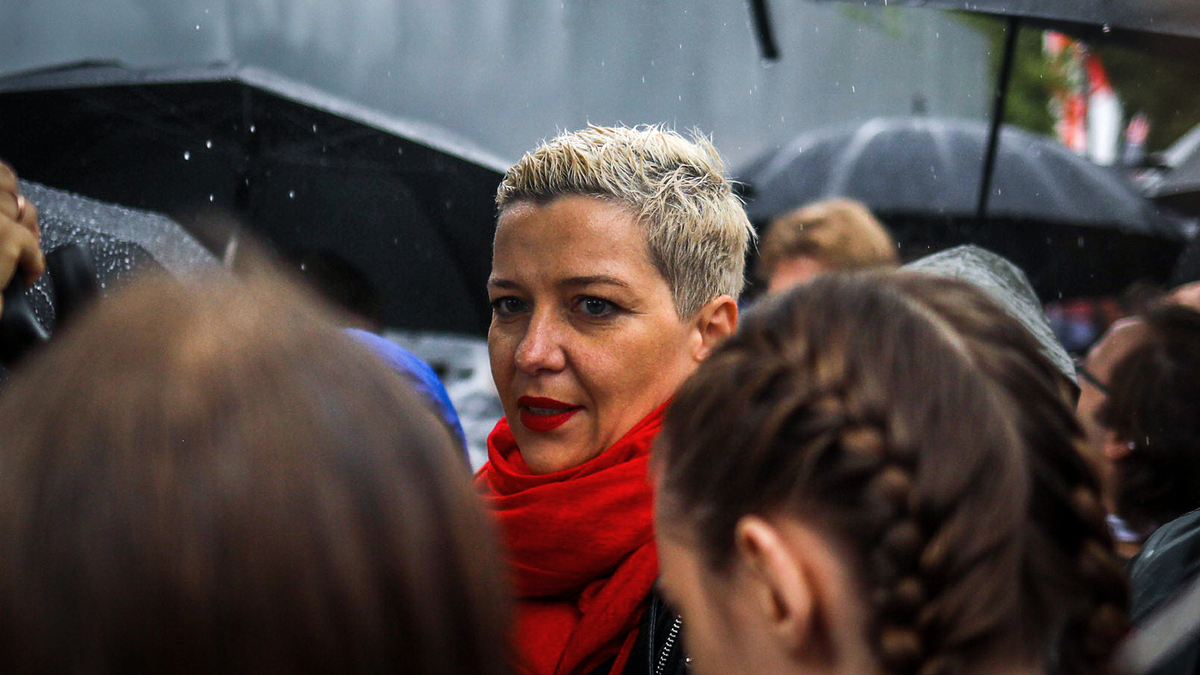 Belarusian opposition politician Maria Kolesnikova attends a rally in Minsk on Sunday to protest the disputed results of the August 9 presidential election.

Belarusian opposition leader Maria Kolesnikova was abducted by masked men and hauled away in a van Monday morning while walking in the capital Minsk, according to local media reports citing eyewitnesses.

Kolesnikova’s phone has gone unresponsive. Her family has filed a missing persons report.

The country’s interior ministry says it has no information on her whereabouts.

Meanwhile, the Belarusian KGB has refused comment — leading supporters to suspect Kolesnikova, 38, is the latest in a series of abductions of opposition figures by security forces loyal to longtime president Alexander Lukashenko.

Kolesnikova emerged as a household name in Belarus as part of a trio of women who challenged Lukashenko’s 26-year hold on the presidency this summer.

Uniting behind the candidacy of Svetlana Tikhanovskaya — a former schoolteacher who said she only entered the race after her husband’s candidacy had ended in arrest — the women electrified crowds at campaign stops in the run-up to the August 9 election.

Official results told a different story: Lukashenko took 80% of the vote in a landslide. Tikhanovskaya was awarded just 10%.

But widespread charges of vote-rigging have triggered a series of mass protests demanding Lukashenko’s resignation.

Public anger has also stemmed from a police crackdown and some 7,000 arrests in the wake of the vote. Protesters have repeatedly emerged from the country’s prisons bearing grim tales of beatings and torture.

Lukashenko insists he is the legitimate winner of the race and has blamed the protests on western-backed saboteurs.

Until her abduction, Kolesnikova had been one of the few remaining high-profile opposition figures still operating freely in Belarus.

She served on an opposition-run «coordination council,» a group trying to transition Belarus to a post-Lukashenko era. Two council volunteers were similarly abducted on Monday and have not been heard from since.

Tikhanovskaya, the candidate who supporters argue won the August 9 election, fled abroad amid threats to her family following the vote.

Tikhanovskaya has since taken to lobbying foreign governments and the United Nations from exile.

«The more they try to scare us, the more people will take to the streets,» she said in a statement reacting to Kolesnikova’s disappearance.

«Instead of talking to the people of Belarus, the outgoing leadership is trying to cynically eliminate one by one,» wrote Lithuanian Foreign Minister Linas Linkevicius in a post to Twitter.

Yet some viewed Kolesnikova’s arrest as the latest misguided attempt to thwart a protest movement that has been largely self-organized from the outset.

In a post to Facebook, activist Andrej Strizhak called Kolesnikov’s detention part of «convulsive attempts» to cut off the head of the movement.

«The authorities can’t seem to understand that the majority of Belarusians see themselves as the head of the protest whenever they look in the mirror,» he added.