Abdul Salam Hanafi, right, a member of the Taliban negotiating team, heads to the opening session of peace talks between the Afghan government and the Taliban in Doha, Qatar on Saturday. 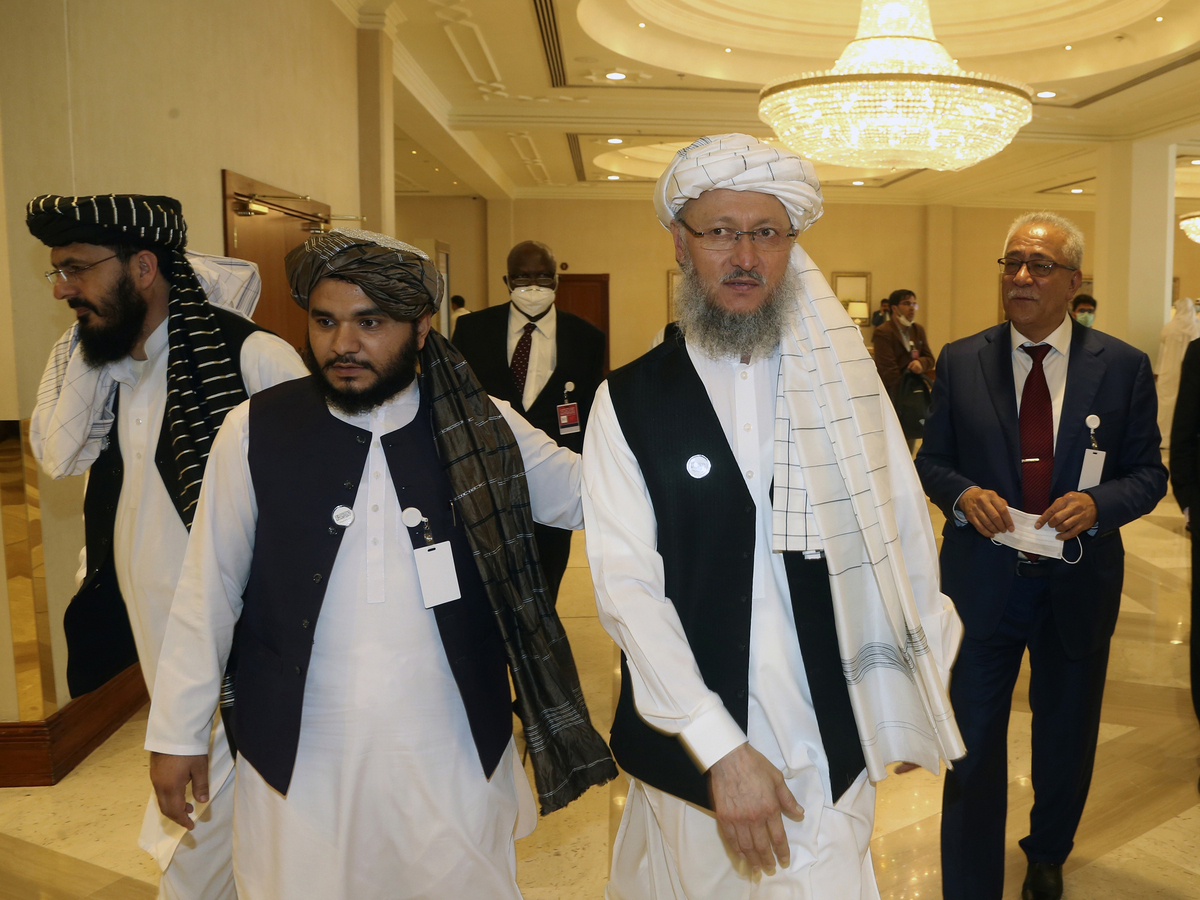 Abdul Salam Hanafi, right, a member of the Taliban negotiating team, heads to the opening session of peace talks between the Afghan government and the Taliban in Doha, Qatar on Saturday.

Afghanistan’s warring factions have officially begun what is likely to be a long and arduous process of negotiating a peaceful and prosperous future after nearly two decades of war.

Representatives for the Afghan government and the Taliban met in the capital of Qatar on Saturday to discuss their aspirations and decide on a framework for a lasting peace. The Trump Administration paved the way for the negotiations — the first ever direct talks between the two sides — when it inked a peace agreement with the Taliban in February.

The talks in the city of Doha come 19 years after al-Qaeda killed nearly 3,000 people in the 9/11 attacks. The attack was the deadliest act of terror in U.S. history and sparked decades of war in Afghanistan, as the U.S. and its allies overthrew the Taliban regime for harboring the terrorists. But in the years since, Taliban militants have reclaimed control of much of the country.

Several concessions were made to reach today’s peace talks. In exchange for a Taliban promise to renounce al-Qaida and prevent terrorist attacks, American and allied troops have promised a complete withdrawal from Afghanistan by next spring.

For its part, the Afghan government has promised to release 5,000 Taliban prisoners in exchange for Taliban release of 1,000 Afghan security forces.

Mullah Abdul Ghani Baradar , one of the Taliban’s founders, said he envisions an Islamic system that embraces all Afghans. At the opening ceremony, he urged patience on both sides.

Abdullah Abdullah, who heads Kabul’s High Council for National Reconciliation, said that even if all sides can’t agree on every detail, they will be «peace heroes» if they can create a political system based on Islamic principles that preserves the rights of all people.

In a video message to open the negotiations, U.N. Secretary-General António Guterres said the talks present a «major opportunity to achieve the long-held aspirations of the people of Afghanistan for peace.»

«Afghans themselves must determine the content and nature of the negotiations,» Guterres said. «An inclusive peace process, in which women, youth and victims of conflict are meaningfully represented, offers the best hope of a sustainable solution.»

The negotiations will endeavor to establish a framework for a peaceful post-war society after American troops return home. Gender equality and the rights of ethnic and religious minorities rights will be front and center, as the two sides confront a history of oppression by the Taliban.

The U.S. won’t be directly involved in the peace talks. But the U.S. is still willing to offer suggestions for what a post-war Afghanistan could look like. In remarks at Saturday morning’s opening ceremony, Secretary of State Mike Pompeo urged the two sides to consider adopting a democratic form of government.

«In the United States, we have found that democracy – notably, the principle of the peaceful rotation of political power – works best,» Pompeo said, according to prepared remarks. «Democratic systems reflect the choices of the majority while protecting the rights of the minority. This model has yielded great peace and prosperity for us and other democratic nations.»

The two sides are under heavy pressure from the people of Afghanistan to come to an agreement as quickly as possible. U.S. special adviser Zalmay Khalilzad, who helped facilitate the talks, acknowledged that won’t be easy. «There’s a lot of mistrust,» he told reporters Saturday. «This war has been going on for a long time, and compromise has not been easy historically in Afghanistan.»